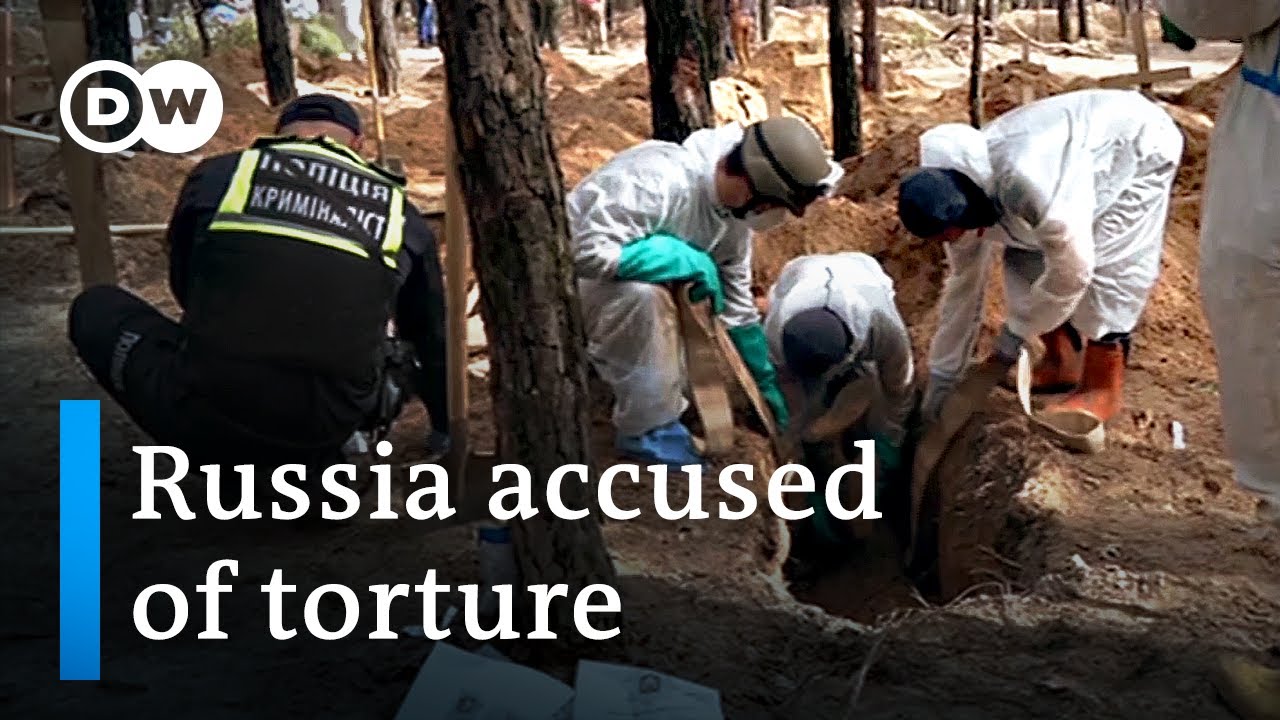 The EU is calling for an international tribunal for war crimes to be established, after new mass graves were found in eastern Ukraine.
Ukraine says some of the bodies uncovered near the formerly Russian-occupied city of Izium showed evidence of torture. Authorities say their investigation into war crimes allegedly committed by Russian forces is just beginning. The UN is preparing to send an inspection team.
The Kremlin denies its forces were behind the alleged atrocities. But investigators say they have already found extensive evidence.
In his most recent address to the Ukrainian people, President Volodymyr Zelenskyy also said torture chambers had been found in the newly liberated areas.