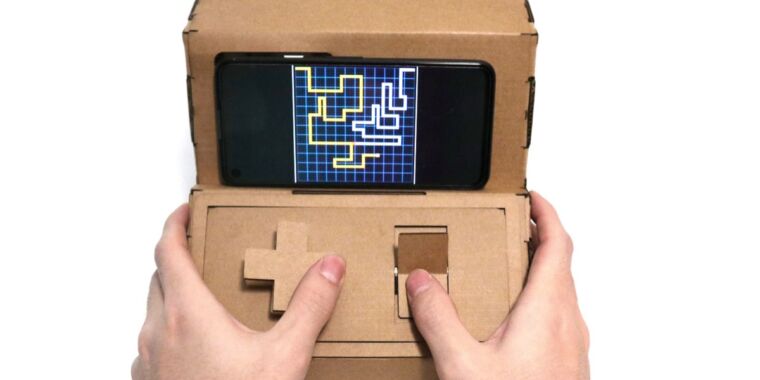 What’s a frustrated game designer to do when stuck at home during a global pandemic? If that designer is Peter Gyory, a graduate student at the University of Colorado, Boulder, you figure out how to make a game out of the piles of discarded cardboard lying around the house.

The result is Tinycade, created by Gyory and several colleagues at UCB’s ATLAS Institute. All you need to make your own Tinycade game is some cardboard, a smartphone, two small mirrors, rubber bands, and toothpicks. “The restriction I gave myself was that if you couldn’t go to the grocery store and buy it, I couldn’t use it in Tinycade,” said Gyory. He and his collaborators presented their work in June at the Association for Computing Machinery on Creativity and Cognition in Venice, Italy, with a paper published in the conference proceedings.

Gyory is part of a growing community of game developers interested in building Alt Ctrl (alternative controller) games, which employ novel physical interfaces for players. HOT SWAP, for example, involves steering and managing the sails of a ship with individual inputs that must be swapped while playing. Octopad will turn a Nintendo Entertainment System controller into eight distinct parts, turning any game played on the system into “a real-time co-op strategy game,” per the authors, while Cook Your Way “educates players on how the immigration process strips people of their culture with its faux kitchen controller, complete with a knife and pot.”

The digital fabrication boom has driven much of this work, most notably 3D printing and laser cutting. And most Alt Ctrl games typically piggyback on interface prototype platforms like Arduino or Makey Makey. These require a certain degree of technical expertise, however, and most Alt Ctrl games are only showcased at festivals devoted to that subfield, excluding a large potential audience for those games.

“By using common materials and simple crafting approaches, we hope Tinycade games can bridge this gap,” the authors wrote. “If a designer can build their game from spare cardboard, then all they need to do is share the crafting instructions with potential players. Furthermore … we encourage the design of controllers that can be easily disassembled, repurposed, and replaced.”

The only electronic component they used was a smartphone. The body of the system is meant to evoke the shape of a classic arcade cabinet and is laser cut out of cardboard for easy assembly. This involves folding the parts along scored lines and inserting the tabs in the proper slots, as well as gluing two small mirrors to the inside. Otherwise, the cabinet is almost completely empty.

Next, players need to build the controller for the game. Then, they just need to place their smartphone into the cabinet and launch the game. A key component of Tinycade is the use of computer vision in the interface, specifically Printed Paper Makers, which lets a designer use markers to create functional interfaces out of paper. The phone’s screen displays the gameplay, while the rear-facing camera detects the markers. The mirrors on the inside serve as a periscope, aligning the camera’s view with the back of the control panel.

Gyory et al. used a JavaScript port for the computer vision component. “For each marker identified, we can calculate its unique id, x, and y position in the camera, rotation, and each corner,” the authors wrote, which makes the controller function. “Using JavaScript also enabled us to rapidly iterate on games without worrying about build times or operating system restrictions. This approach means that Tinycade is not bound to a specific hardware or system.” 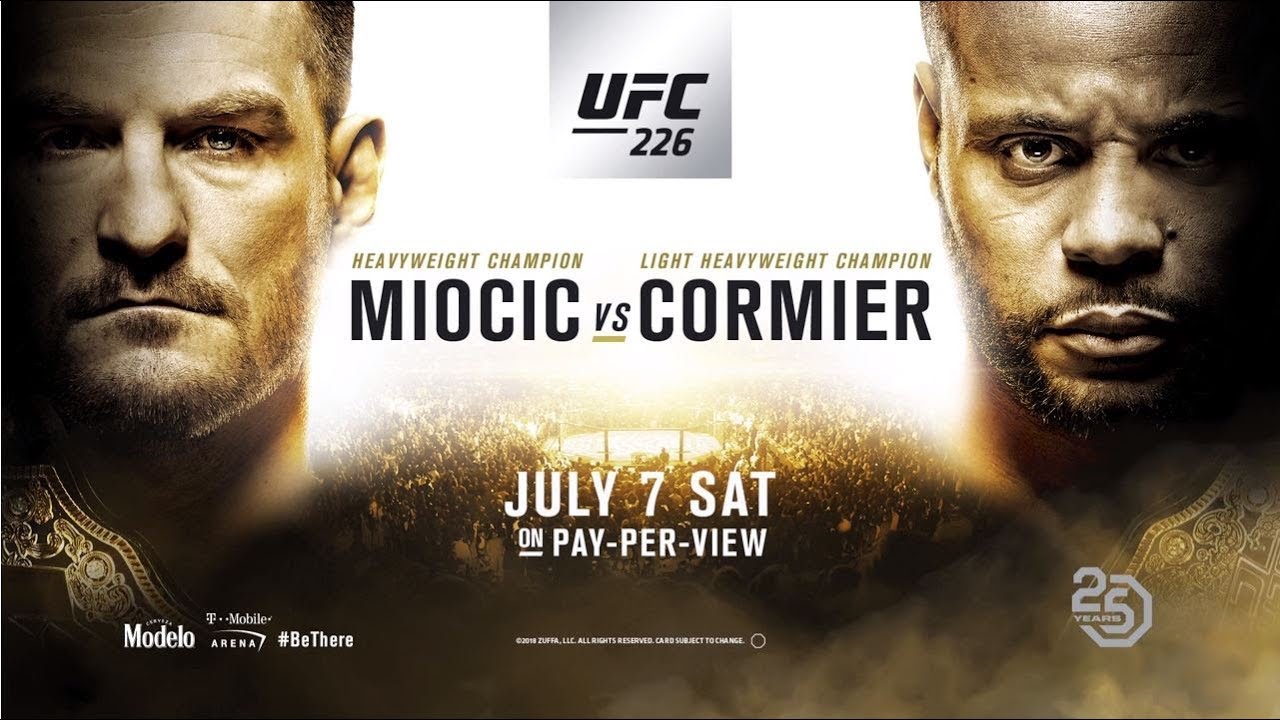 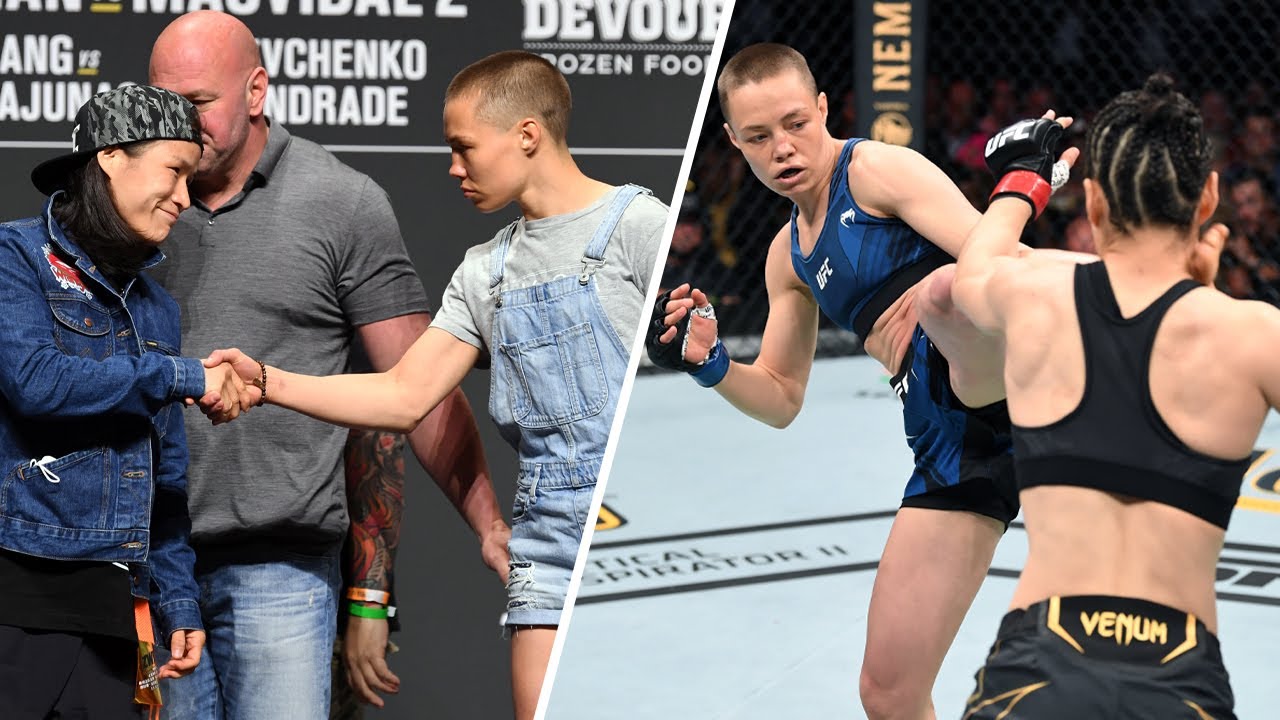 Go in depth on the strawweight title fight between Zhang Weili and Rose Namajunas that took place earlier this year at UFC 261 in Jacksonville. Subscribe to get all the latest UFC content: http://bit.ly/2uJRzRR Experience UFC live with UFC FIGHT PASS, the digital subscription service of the UFC. Visit https://ufcfightpass.com/ To order UFC Pay-Per-Views on […]