The Space Launch System rocket that NASA has been building for more than a decade now—and which may finally launch for the first time this spring or summer—is rather big. And big rockets need large, complicated ground systems to fuel them and support their launch.

As one might imagine, for a rocket as expensive as the SLS booster—development so far has run in excess of $20 billion and counting—its associated ground systems are quite costly as well.

Much has already been said and written about the first “mobile launch tower” built for the SLS rocket. The massive, rolling Mobile Launcher-1 supports the 108-meter-tall SLS rocket, provides access to the Orion spacecraft, and supplies power, communications, coolant, and fuel to the rocket. Over a decade, NASA spent about $1 billion to build, redesign, and then complete the structure under a cost-plus contract.

Now, as early as next month, this launch tower will be put to the test as it rolls the SLS rocket to a launch pad at Kennedy Space Center in Florida and the booster is fueled during what is known as a “wet dress rehearsal.” At that point, we’ll know whether the tower works.

But even though NASA has not yet launched the SLS rocket or shown its capabilities, Congress has already been insistent that it develop a larger and more capable version. This “Block 1B” version of the SLS will have a larger and more powerful upper stage. Because this cannot be accommodated by the Mobile Launcher-1, a new launch tower is needed. (That’s right—NASA is going to spend $1 billion for some launch infrastructure, Mobile Launcher-1, that may be used just two or three times).

Earlier, Bechtel won this contract to design and build the second larger mobile launcher for $383 million by March 2023. Commenting on this development two years ago, Ars Technica wrote, “This would be for about one-third the cost of the first mobile launcher in half the time. Past performance would suggest this is unlikely.” That statement has now been proven to be correct.

On Thursday, during a meeting of NASA’s Aerospace Safety Advisory Panel, one of its members provided an update on Mobile Launcher-2. George Nield, an engineer and scientist who previously led commercial space transportation for the Federal Aviation Administration, said the 90-percent design, review, and fabrication drawings for the large structure are behind schedule. These are the engineering drawings that should closely represent the final design and inform a construction schedule and logistics plan.

“Mobile Launcher-2 has encountered some challenges,” Nield said. “The selected contractor, Bechtel, has experienced some performance issues associated with underestimating the complexity of the project and some supplier related issues, as well as COVID.”

As a result, Nield said, NASA has issued a “second letter of concern” to Bechtel requesting an assessment of project risks and impediments, plus a corrective action plan, as well as an identification of opportunities to reduce costs and mitigate schedule disruptions while improving efficiency. This plan is due back to NASA next Tuesday. “So NASA is in the process of evaluating changes to the contract structure and program management to address some of those issues,” Nield said.

We should get some more clarity on all of these issues later this year, as NASA’s Office of Inspector General has said it is looking into the development of Mobile Launcher-2. “Our newest audit will examine if the ML-2 contract is meeting cost, schedule, and performance goals,” the inspector general said on Twitter.

In reality, a mobile launch tower is an incredibly complex piece of infrastructure. It must be sturdy enough to support a rocket launch and complex enough to fuel and power the vehicle on the ground. So it’s understandable that the project will run into engineering challenges.

And at this point, who really cares if there are delays? Not the people who matter. For parochial policy reasons, Congress is committed to spending hundreds of millions of dollars a year to support a ground systems workforce in Florida. NASA Administrator Bill Nelson is a former US Senator from Florida, and he’s going to back any spending in his state. NASA’s Associate Administrator, Bob Cabana, is the former director of Kennedy Space Center. He may well use this as an opportunity to increase funding for ground systems in Florida.

Moreover, the “Block 1B” version of the SLS rocket is years away from launch. Boeing is developing the rocket’s Exploration Upper Stage, and that project is unlikely to be completed before the mid-2020s. During a recent presentation to the agency’s advisory committee, NASA’s exploration officials said they would not need the Block 1B version of the SLS rocket until the “Artemis 4” mission to the Moon, which probably will not launch before 2027 or 2028. The dates for such a mission are so notional that NASA did not even include them on its chart.

So if the Mobile Launcher-2 is a few years late and a few hundred million dollars over budget, it probably doesn’t matter to NASA’s leadership. Even if it should. 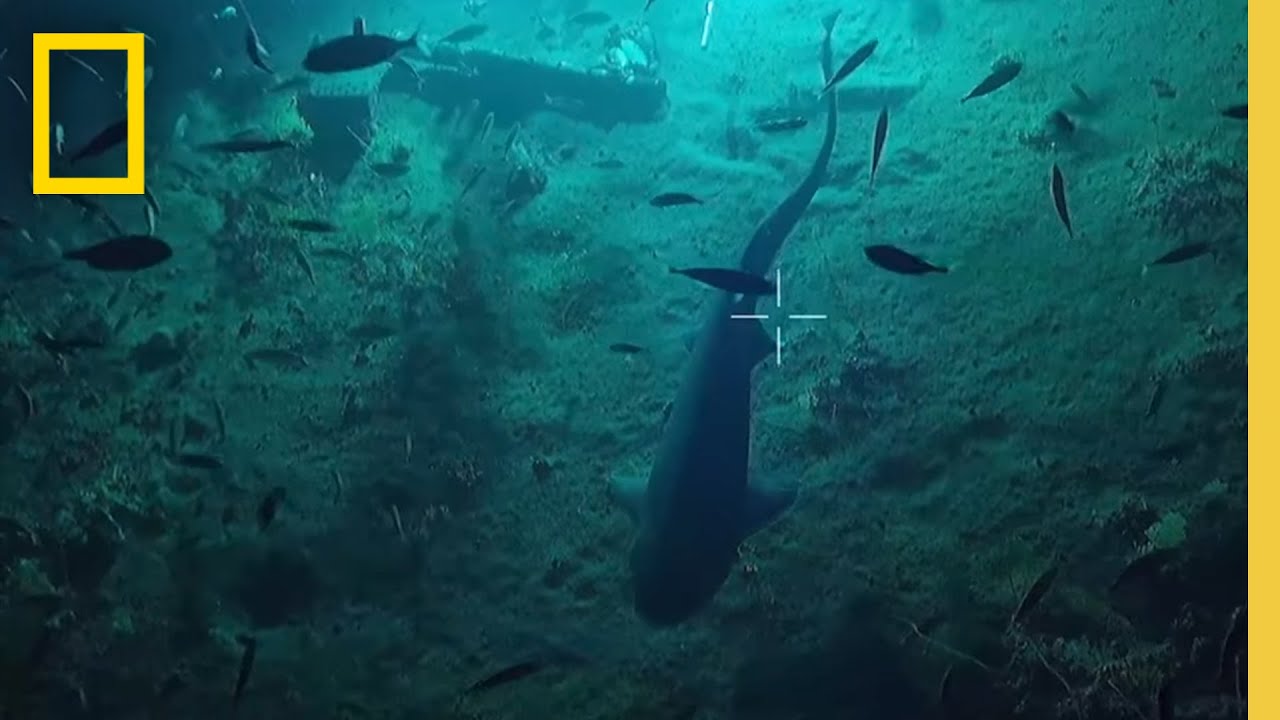 Parked a few thousand feet below the surface, two @OceanX submersibles are loaded with dead fish and waiting for giant shadows to emerge from the dark—bluntnose sixgills, the dominant predators of the deep, growing up to 20 feet long. While a team of scientists and filmers waits inside the subs for these graceful giants to […] 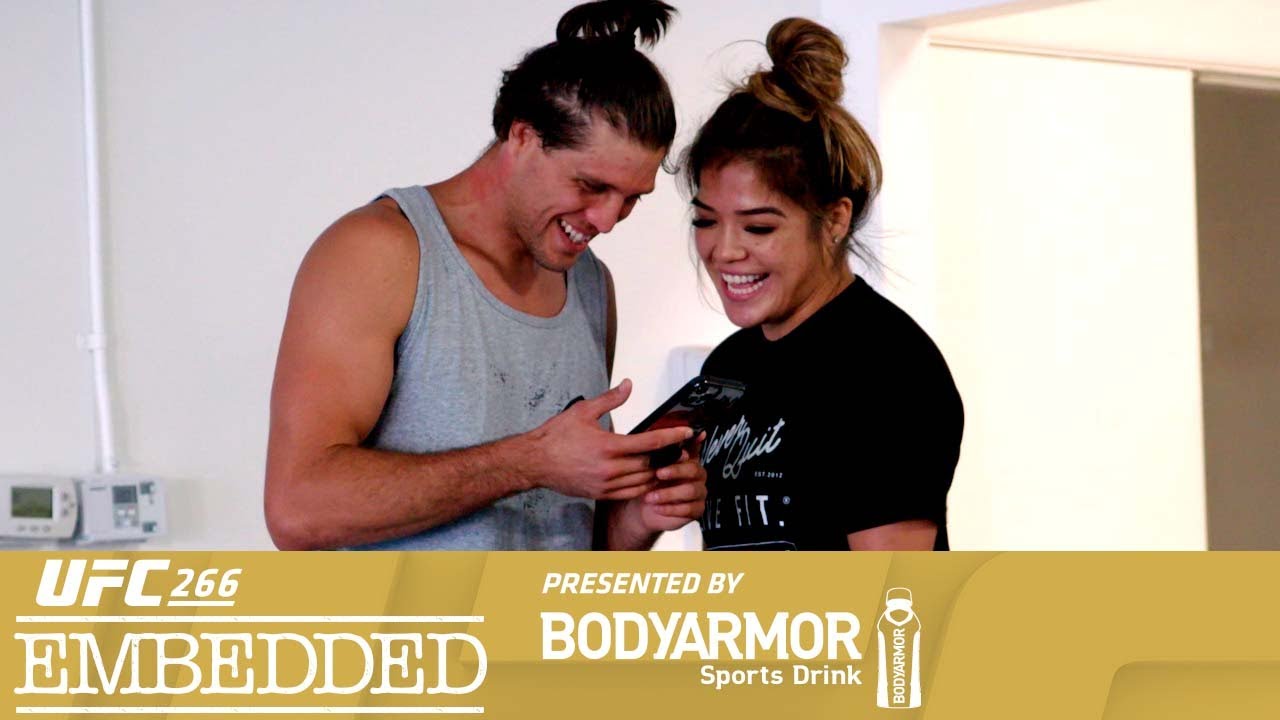 Champ Alexander Volkanovski makes the most of the UFC PI, then does a photo shoot. Lauren Murphy visualizes every moment of her title bout. Champion Valentina Shevchenko talks movies during PT. Brian Ortega and his close circle wrap up camp. Subscribe to get all the latest UFC content: http://bit.ly/2uJRzRR Experience UFC live with UFC FIGHT […]