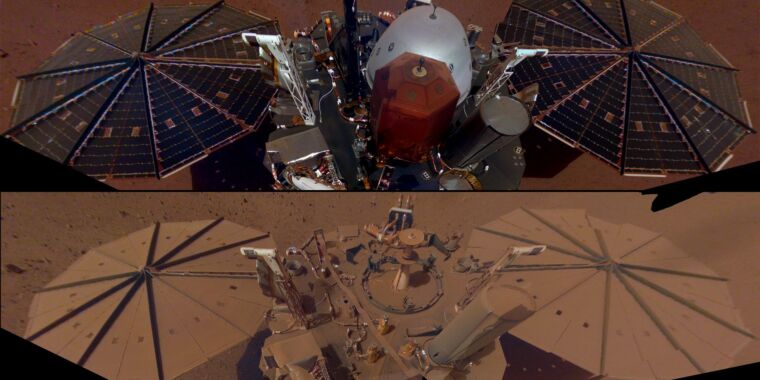 Anyone planning to move to Mars should probably account for dust. Lots of dust.

Earlier this month NASA announced that it would soon have to cease science operations on its Mars InSight lander due to diminishing power levels from the vehicle’s dust-cloaked solar panels. The spacecraft, which landed on the red planet in November 2018 to study seismic activity, simply cannot produce enough power to operate normally.

InSight has detected more than 1,300 marsquakes, NASA scientists say, including a relatively powerful magnitude 5 quake on May 4. This was the largest marsquake detected to date, and at the upper limit of what scientists hoped to observe. This seismic activity has allowed scientists to tease out details about the inner structure of the red planet.

But scientists say they expect InSight to become completely inoperable by December of this year, so they plan to conclude the vehicle’s science operations this summer. This is because InSight’s solar panels, which produced 5,000 watt-hours of power each day after it landed, can now only generate about 500 watt-hours. And the amount of daily power continues to decrease due to dust accumulations on its solar panels over the last three and a half years.

For some NASA missions to Mars, passing whirlwinds have helped to clear dust from a spacecraft’s solar panels, such as happened with the Spirit and Opportunity rovers. But unfortunately that has not happened for the seismic lander.

The first step toward shutting down InSight involves putting the spacecraft’s robotic arm into a stowed position. This arm was initially used to deploy InSight’s seismometer, and later for several tasks including the removal of dust from InSight’s solar panels. But now there simply is not enough power to move it regularly, and scientists want to conserve what remains to operate the seismometer a little while longer.

Before its stowage, however, the robotic arm snapped one final selfie of InSight, and the dramatic result shows just how dusty the spacecraft has become. The entirety of InSight is now cloaked in cold, dry, reddish dust.

The death of spacecraft on distant worlds always feels melancholy. Humanity sends these metal machines into hostile environments, where they struggle to survive and provide us with new knowledge about the unknown. Eventually, they succumb to the cold or the radiation or the dust, and we can no longer communicate with them.

But InSight was a good spacecraft, outliving its design lifetime of two years and producing a bonanza of science, including the discovery that the Martian core is much smaller than expected. 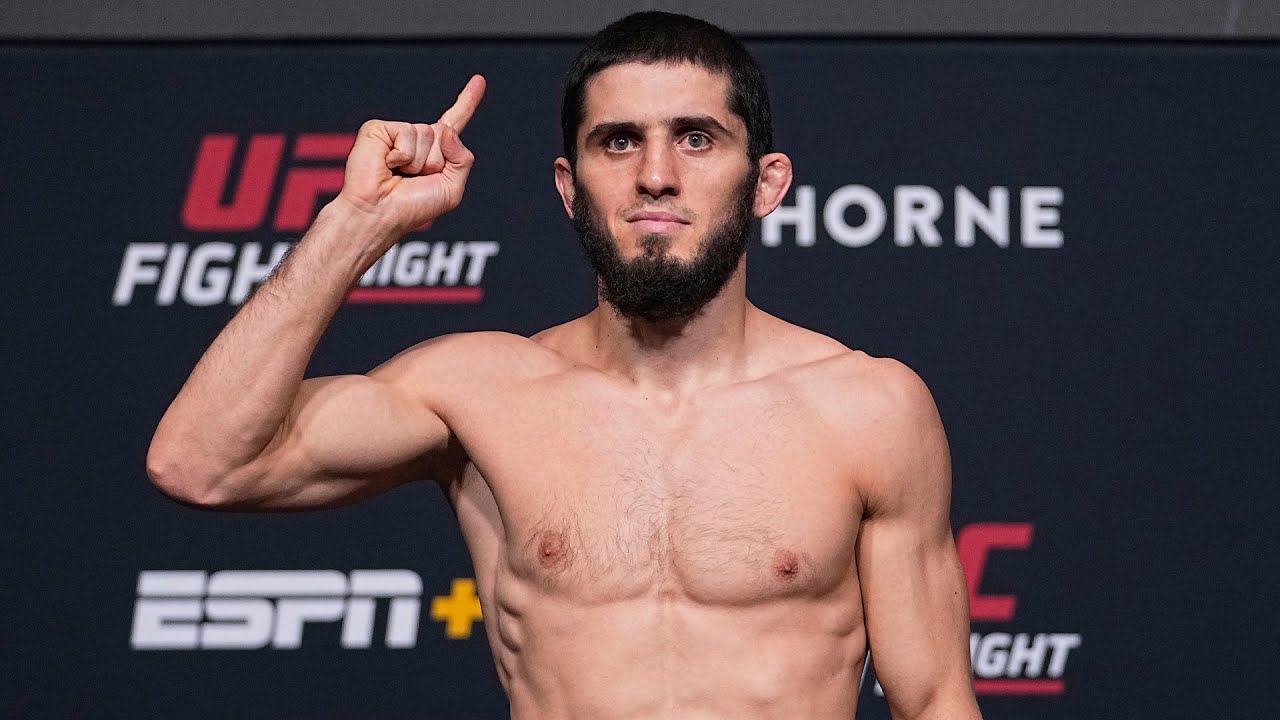 Watch all of the fighters competing at UFC Vegas 31 weigh in on Friday morning, including headliners Islam Makhachev and Thiago Moisés. Subscribe to get all the latest UFC content: http://bit.ly/2uJRzRR Experience UFC live with UFC FIGHT PASS, the digital subscription service of the UFC. Visit https://ufcfightpass.com/ To order UFC Pay-Per-Views on ESPN+, visit https://bit.ly/2vNIBE8 […] 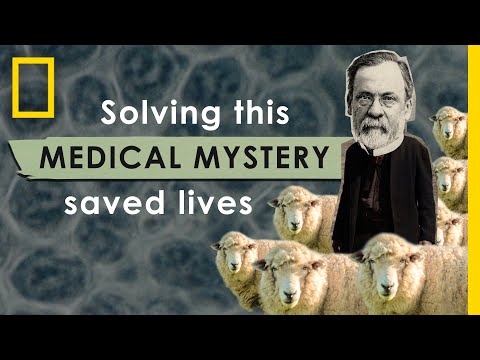 In this episode, we’ll tell the tale of how a 19th-century duel led to a medical breakthrough. Chemist Louis Pasteur was challenged to prove that invisible agents (germs) caused diseases, and he did so by using sheep. With the world’s media at attention and 50 sheep at the ready, the science community waited with bated […]