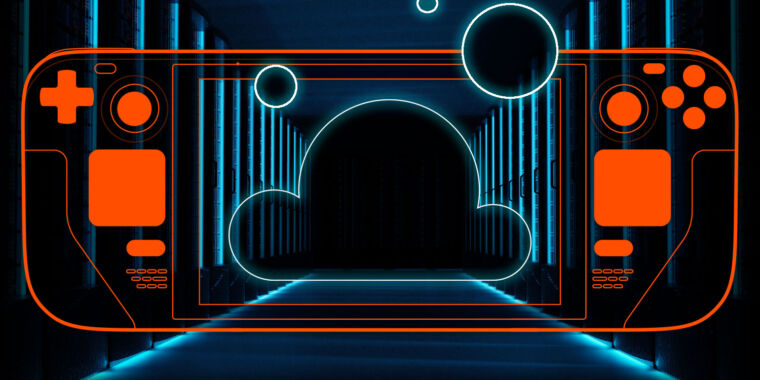 As Valve’s first portable PC, the Steam Deck, approaches its estimated February launch, the back-end work to translate third-party PC games to a Switch-like form factor has ramped up considerably. While we expected to see the Steam ecosystem get updates for things like improved Linux support and Deck-compatible store flags, a surprise Monday announcement confirmed a cool feature that nobody necessarily saw coming: a major change to Steam’s support for save files in the cloud.

Dynamic Cloud Sync is now live on Steam, and it’s a first for any gaming platform currently in operation. It appears to be inspired by a specific use case: playing your favorite PC game on the go via the Steam Deck, then resuming that same game later on your home PC. That concept sounds well and good, but in practice, it requires the logistical step of making sure your game is saved and then uploading that save to the cloud. The idea of tapping through menus, saving, quitting, and watching your device upload a save to the cloud isn’t necessarily compatible with the pick-up-and-go nature of a portable console.

In a statement on its official Steam Community site, Valve all but called out the Nintendo Switch by name in addressing this issue:

We anticipate that users will frequently suspend their Steam Deck without exiting the game, as is common with other handheld gaming devices. With Dynamic Cloud Sync, if they then choose to play on another device (whether a PC or another Steam Deck), their progress will be there waiting for them.

I don’t sleep—I dream (of nifty save file options)

An instruction page on Valve’s Steamworks site clarifies that this function won’t work on existing Steam games until developers implement it via either Steam Auto-Cloud or the ISteamRemoteStorage API. When any Steam device is put to “sleep,” Steam will connect to the Internet and proceed with the same upload of save data that happens whenever a compatible game is quit normally. Should a player put their Steam Deck to sleep, play the same game on a home PC, and then pick up their sleeping Steam Deck to continue the same game, the Deck game will receive a notification about newly downloaded save files. That is the point when devs can implement a flag to load that new save file, quit to the main menu, or whatever other step makes the most sense.

In other words, you’ll need to double-check that a game has had its save file system reviewed and updated by its devs before assuming it’s on board with Valve’s nifty new “resume any time” feature. If the feature works, though, you won’t ever have to manually quit a game that you want to keep playing on another device. Pretty neat!

If a game does not support Dynamic Cloud Sync, the shift from the Steam Deck to a standard PC will be less elegant. As Valve tells devs on Steam, “Any user who suspends their Deck while your game is running and then tries to resume that game on a different device will be prompted to first return to their Deck to close the running process or continue without their most recent save game progress.”

One big question is how the Steam Deck will handle being put to sleep in public spaces without Wi-Fi access. Let’s say someone pauses their in-game progress while riding a bus. Will the Steam Deck routinely check for an Internet connection in order to upload save files to Steam’s cloud service? Or will those players have to tap the Deck’s power button when they get home to ensure that Dynamic Cloud Sync engages? Representatives from Valve did not immediately answer our questions on this front.

In the modern gaming market, the Xbox comes closest to this level of support. Its own cloud-save functionality supports players picking up and shifting gameplay between console, PC, and cloud platforms. However, Xbox’s ecosystem doesn’t take “sleep mode” into account, and it often assumes the worst about a game running in two instances at once. In these cases, Xbox will serve a pop-up asking whether the existing game instance should be shut down before play can begin on another device, and this could lead to save data not being updated properly for the game in question. (Currently, Steam will give you a warning when a game and account are still running on one PC and someone tries to use the same game and account on another machine.) 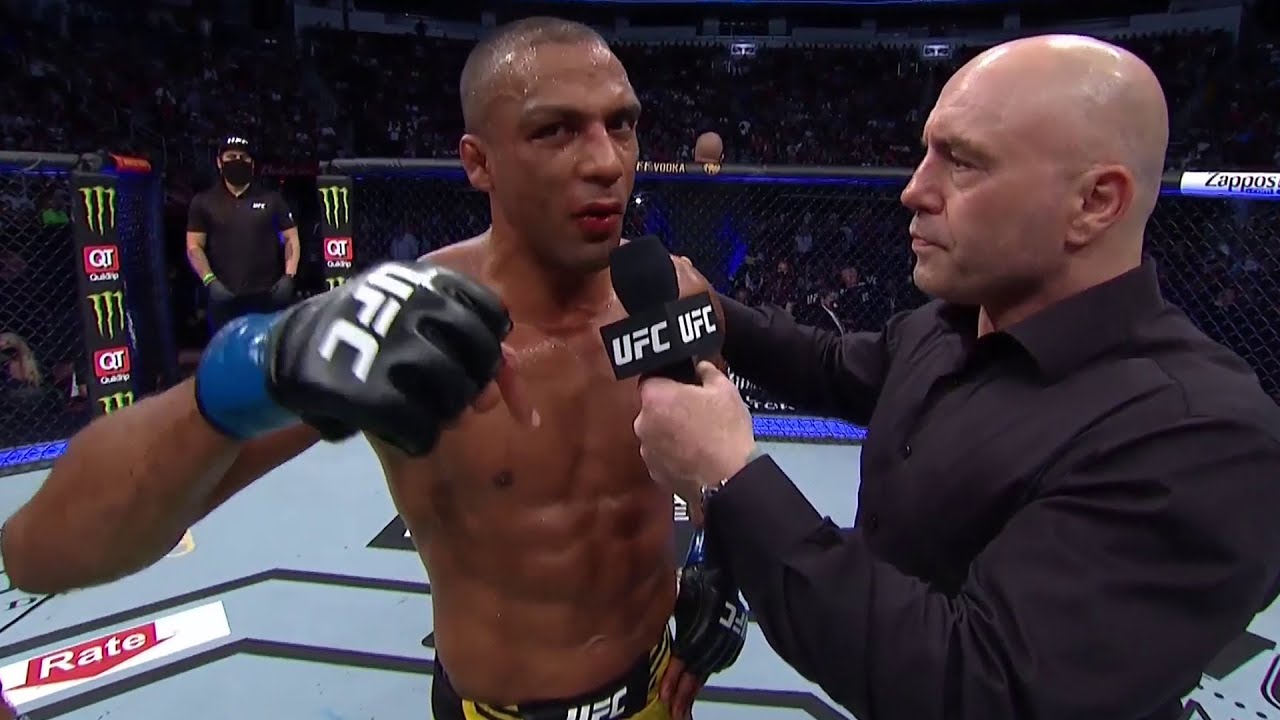 Hear from Edson Barboza inside of the Octagon after he knocked out Shane Burgos in the third round of their fight that brought the UFC 262 crowd in Houston to their feet. Subscribe to get all the latest UFC content: http://bit.ly/2uJRzRR Experience UFC live with UFC FIGHT PASS, the digital subscription service of the UFC. […] 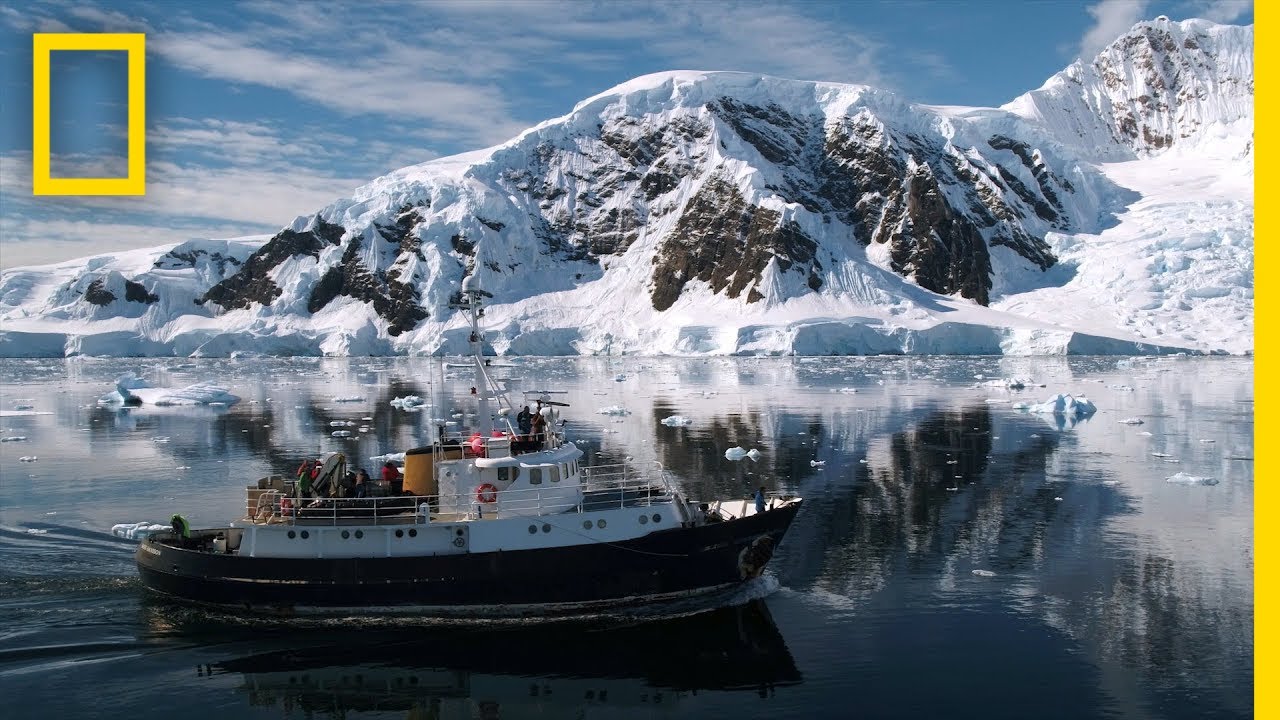 Dion Poncet came of age in a place almost no one calls home. He was born on a sailboat in Leith Harbour, an abandoned whaling station on South Georgia island. His father, a French adventurer, had met his mother, an Australian zoologist, on a jetty in Tasmania while sailing his boat around the world. The […]