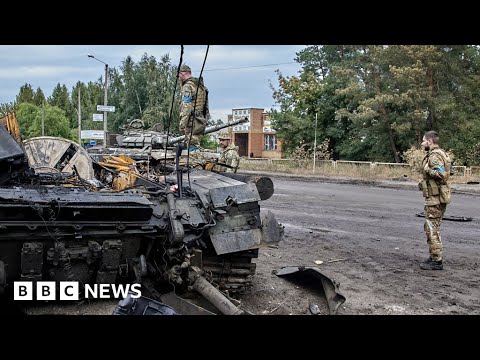 A burial site which could contain up to 400 people has been found in the Ukrainian city of Izyum.

The discovery followed a successful counter-attack by Ukrainian forces to retake hundreds of towns, villages and some cities in the Kharkiv region which had been under Russian control since March and April.

Regional police head Volodymyr Tymoshko told the BBC the grave site in the north-eastern city could contain civilians as well as Ukrainian soldiers.