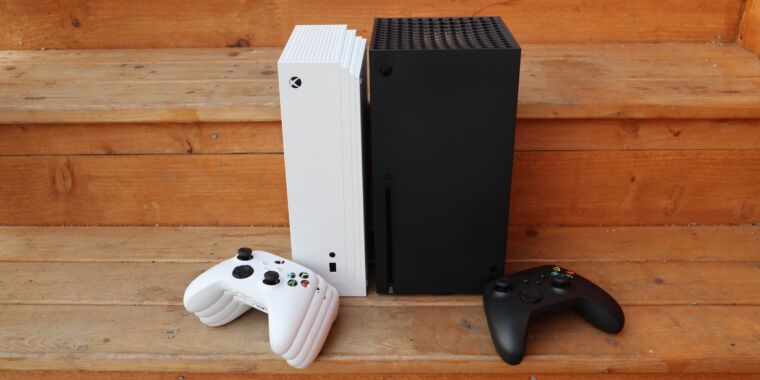 The latest update to the Microsoft Game Development Kit (GDK), an official API that targets game development on Xbox consoles and Windows PCs, seemed to be set in stone when it was announced in June. Two months later, however, that update has gone live with a surprise bonus that’s so new it hasn’t yet been detailed on the company’s Github repository.

The news instead comes from an official unlisted Microsoft video, first spotted by XboxERA reporter Jesse Norris, which included a tantalizing proclamation. The June GDK is currently live two months after its named month, and it now includes an increased memory allocation exclusively for the lower-priced $299 Xbox Series S console.

This video does not link to specific patch notes or announcements, and as of press time, searches through the publicly shared GDK do not clarify how this memory allocation boost was achieved. Microsoft representatives did not immediately answer Ars’ questions on this update’s technical breakdown.

In the meantime, it’s reasonable to assume that this newly available pool of RAM, which the video’s narrator describes as “hundreds of megabytes,” had been allocated elsewhere on Series S systems up until today’s update—perhaps tied up by OS-level processes (which previously sucked up roughly 2GB of Series S’ total 10GB pool) that the company has since been able to slash.

Ars’ sources have confirmed what has largely been known by testers and researchers of current-gen consoles: The gap in available RAM between the $499 Xbox Series X (16GB total) and the cheaper Series S (10GB total) has made cross-platform development between the two systems trickier than Microsoft originally advertised. In Microsoft’s best-case scenarios, a Series X game that targets 4K resolutions and incredibly high-resolution textures can downscale all textures for the sake of a 1080p TV screen and otherwise get away with an identical rendering load, mostly thanks to a lot of other architecture being identical between the consoles (particularly the CPU and storage specs).

As more third-party devs have found since getting familiar with the two-year-old consoles, that’s not how development environment transposal always works. Some developers are still finding that their virtual environments, effects budgets, and lighting scenarios get bottlenecked not only by less total GDDR 6 RAM but also a shrink in its bandwidth, down from the 320-bit bus of Series X to the 128-bit bus of Series S.

Thus, even a tiny jump of, say, 200MB in RAM, or 2.5 percent, could make a significant difference for a developer trying to transpose a certain fidelity level of shadows or ambient occlusion from Series X to Series S. The “hundreds of megabytes” count could be even higher, anywhere between 512MB and 768MB, though we’re still waiting to hear exactly how much.

Few modern games are a Rift Apart from past-gen consoles

The move comes while both current-gen consoles continue to fall short on some of their biggest technical sales pitches, at least on a software level. Many of the biggest games of the past two years have failed to illustrate truly game-changing features, particularly the near-infinite virtual worlds that might be enabled by a combination of PCI-E 4.0-graded storage and supercharged memory pipelines.

This was exacerbated by a few highly anticipated Sony games rolling back their previous “current-gen exclusive” statuses in favor of cross-gen launches on PS4 and PS5, seemingly to keep game sales while current-gen systems were largely sold out and behind production schedule. Thus far, we’re largely left with last year’s Ratchet & Clank: Rift Apart as a gorgeous demonstration of power exclusive to current-gen consoles.

At least in the case of the Xbox ecosystem, as more current-gen exclusives gear up for their launches, more memory parity between Series X and Series S could help development efforts for 2023 games like Forza Motorsport and Starfield. By the time those games launch, Series S’ default, scant built-in storage count of 512GB could grow, or its proprietary storage expansion cards could come down in price. Either move would boost the weaker, cheaper system’s sales pitch if newer games indeed fulfill the Series S promise of “as powerful as Series X, but for 1080p TVs.” 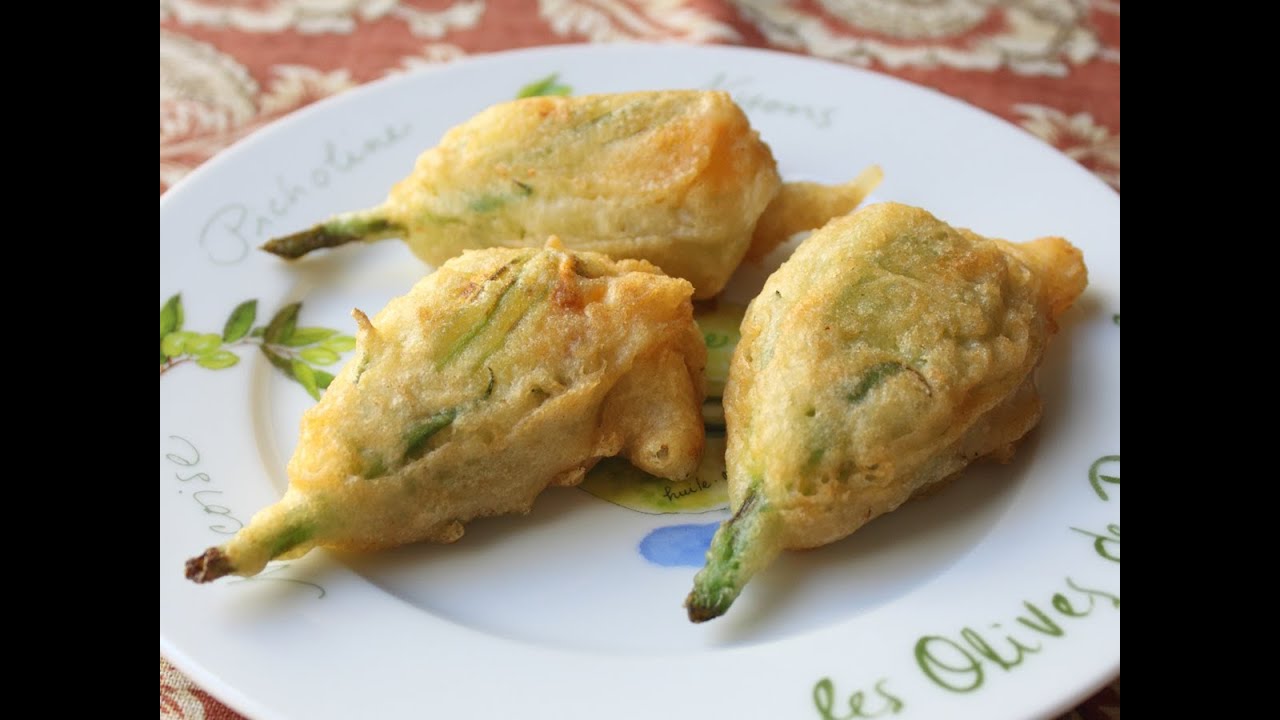 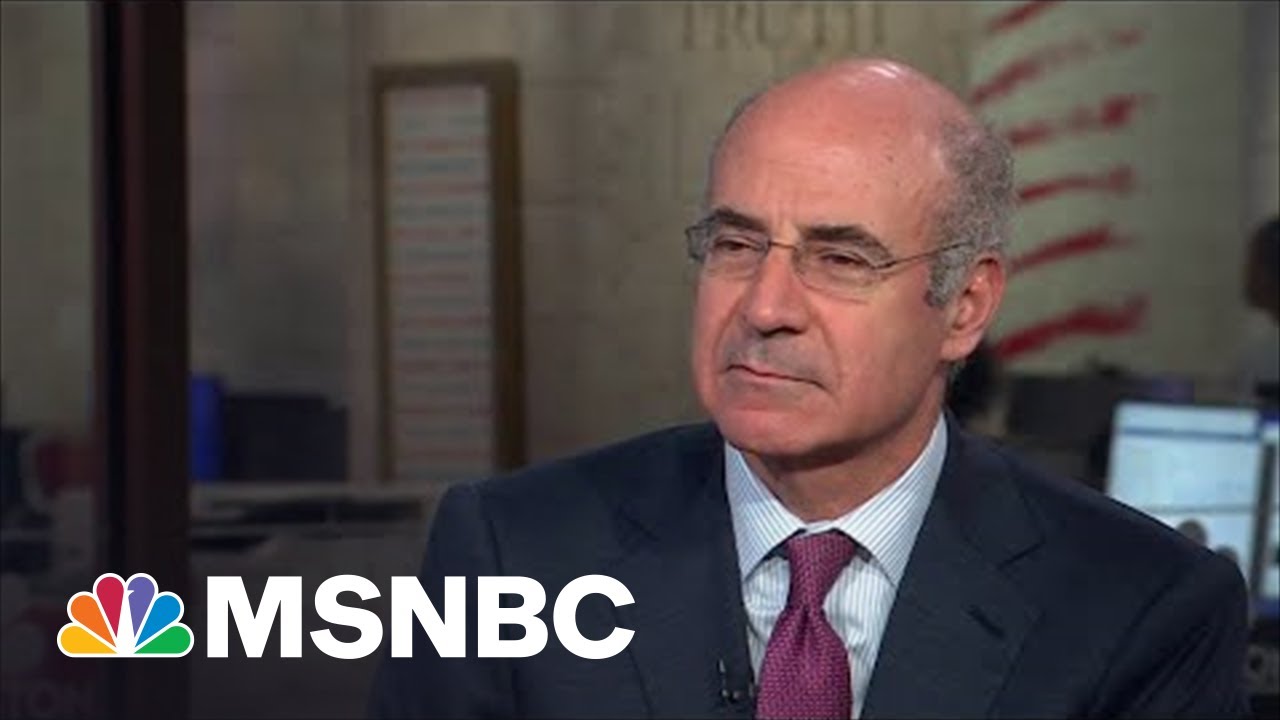 Putin critic Bill Browder says applying sanctions before the Russian invasion “might have changed Putin’s calculus” but now they are “simply and only for depleting [Putin] of the financial resources to pay for this war.” » Subscribe to MSNBC: http://on.msnbc.com/SubscribeTomsnbc About: MSNBC is the premier destination for in-depth analysis of daily headlines, insightful political commentary […]